Schedule your intro lesson
with Troy
Intro lesson with Troy costs $15
You pay only after we contact you and agree when your lesson will take place! 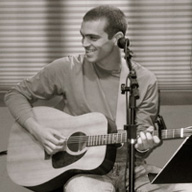 Troy Fannin, described by the New York Times as "a gifted guitarist and arranger," is an award-winning multi-instrumentalist and composer. Since receiving his BFA in instrumental performance, he has performed in the UK, Taiwan, Africa, Australia, Mexico and here in the United States. When not touring he can be heard at NYC venues such as Jazz at Lincoln Center, Carnegie Hall and musical theater performances throughout the city. He teaches guitar, bass, ukulele, theory and composition and has been an instructor with the Guitar Cities schools since 2008.